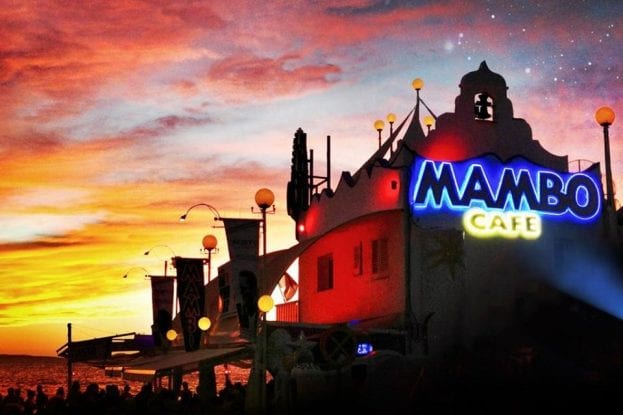 Please note this is not a picnic concert

Food and Drinks can be purchased at the venue

Iconic dance music brand, Café Mambo Ibiza has announced an unmissable outdoor dance music event this summer. ‘Café Mambo In The Park’ will see Café Mambo Ibiza bring the music and magic of the white isle to the stunning grounds of Stonor Park in Henley On Thames. Thousands of party people will come together for an unforgettable, festival-like experience under the stars as they dance to the cutting-edge tunes dropped from a massive line up of DJ talent. Stepping up to the Mambo decks at Stonor Park are Danny Howard (BBC Radio 1), Disciples, Riton, Coco Cole (Capital Dance) and Erik Hagleton. ‘Café Mambo In The Park’ will be a spectacular summer celebration of electronic music. Friendly vibes and big tunes guaranteed. Tickets are great value at just £33.50 + booking fee.

After a decade at BBC Radio 1, Danny Howard is the recognised tastemaker of a generation. His rise has been unstoppable, from winning a BBC Radio 1 talent search, to presenting the legendary Dance Anthems show, all the way to leading the station’s electronic music line up on Friday nights. He runs his own influential label, Nothing Else Matters, and is in huge demand as a DJ across the globe. Danny Howard has proven time and again that he knows how to make a dancefloor move and has done so in the best clubs in Ibiza. When he takes to the turntables for Cafe Mambo Ibiza In The Park he is guaranteed to get hands in the air.

Also taking to the Café Mambo stage are Disciples. The London trio crashed into mainstream consciousness with their 3 x platinum-selling, global smash, ‘How Deep is Your Love’ – a collaboration with Calvin Harris. Since then, they’ve hit the UK top 20 again with ‘On My Mind’ and become a staple at festivals and clubs across the world, entertaining crowds with their credible, dancefloor friendly sets. Disciples will not disappoint when they land at Stonor Park.

Riton is probably best known for crossover smashes like ‘Friday’ ft Mufasa & Hypeman (which hit the UK top 5), ‘Turn Me On’ with Oliver Heldens and ‘Rinse & Repeat’ ft Kah-Lo but is also an artist with a rich dance music history, with releases on such respected labels as Ed Banger, Grand Central and Modular Records. Riton cut his teeth DJing to the legendary dancefloor at Shindig in Newcastle so is guaranteed to get Stonor Park jumping.

As host of the Capital Dance Evening Show and the Capital Weekender, Coco Cole is one of the most prominent voices in dance music radio in the UK. Her dance music roots go back to working with influential label, Black Butter, as well as being Martin Solveig’s long-time resident DJ in Ibiza earning a DJ Mag ‘Best of British’ nomination as ‘Best Resident DJ’. She runs her own label Universe Language and held down a residency at Pleasurehood at XOYO. Coco Cole is a proven talent and one to watch at Café Mambo In The Park.

Also lining up is Café Mambo resident DJ, Erik Hagleton. He has taken control of the Mambo turntables in Ibiza many times and knows exactly what it takes to get the crowds going.

Cafe Mambo Ibiza has brought together a star-studded line up and will deliver one of the iconic brand’s biggest and most spectacular open-air shows in the UK in 2022. For a night of incredible music and huge DJ talent, all in a stunning outdoor setting, with friendly vibes and an Ibiza atmosphere, dance music fans should book tickets now.

I am having trouble downloading my ticket from the confirmation email. What should I do?

This could be because the link in your email was broken or your mail client has trouble viewing the attachment. To fix this problem, follow the below steps:

Look for the following disclaimers: “To help protect your privacy, some of the content has been blocked. To re-enable the blocked features, click here” Clicking at this point should unlock the email attachments.

There is often another disclaimer such as “Always trust content from the sender” Clicking to trust the sender can also assist in viewing content.If your purchased your tickets from our main web booking page, then we ask that you initially check your junk/spam folder.

Alternatively this support link should answer most questions:- https://support.seetickets.com/

How do I get to Stonor Park?

Stonor is located between the M4 (J8/9) and the M40 (J6) on the B480 Henley-on-Thames – Watlington Road. Stonor is a 10 minute drive north from Henley, only an hour from London, 40 minutes from Oxford and Heathrow and half an hour from Reading.

If you are approaching Stonor on the M40 motorway from the East and are using a Satellite Navigation system please ignore any instructions to exit the motorway on either Junctions 4 or 5 as this will add up to an hour to your journey. Please only exit at Junction 6.

Where can I park?

Parking is available free of charge. Signage will be erected on the main approaches to Stonor Park and stewards will be on hand to direct guests on arrival.

There is no overnight parking available for this event, any vehicles left unattended overnight will be removed.

Disabled parking is available and that there is no need to prebook.

There is a tarmac road which leads from the designated car park to the concert arena, which is on a well-kept grassed lawn. Wheelchair accessible toilets are available throughout the concert site.

is there a pickup/dropoff point or taxi rank?

Yes, please follow directional signage as you get closer to the venue on the concert day.

Please give the postcode RG9 6HF to your driver and then follow our friendly stewards and signage once nearby.

Can I bring my own food and drinks to the event?

We ask that you keep personal belongings to a minimum and only bring your essentials. Please do not bring backpacks of any size or large bags, as these will not be allowed into the arena. Please refer to full Terms and Conditions.

There will be no temporary storage facilities for such items within the venue and it will be left to the patron to find a safe temporary facility to hold the item. Bags left in unauthorised surrounding areas will be disposed of immediately. LPH Concerts and Stonor Park will not be responsible for late admission or non-admission as a result of this policy.

I'm disabled - can I bring a carer?

Accepted forms of documentation to request a carer or companion ticket are:

Please book both your general admission ticket and Carer tickets by clicking on Buy Tickets on this page above, as we may not be able to accommodate your request at other ticket sites.

Seating is not provided but you are welcome to bring one folding chair and rug per person. Private marquees and gazebos are not permitted. There will be a designated area for seating.

Can I go back to my car and return once I have entered the concert?

Unfortunately, as the concert arena is within a confined fenced area, pass outs and re-entry will not be possible.

What other items am I allowed to bring?

We ask that you keep personal belongings to a minimum and only bring your essentials.

This is a standing outdoor evening concert so please keep the British weather in mind. We recommend all concert goers should dress appropriately and be prepared if the ground is wet from rain in the days before the event.

Small personal umbrellas are allowed, however large parasols and golf sized umbrellas will not be permitted on site.

Please do not bring backpacks of any size or large bags, as these will not be allowed into the arena. There will be no temporary storage facilities for such items within the venue and it will be your responsibility to find a safe temporary facility to hold the item.

Bags left in unauthorised surrounding areas will be disposed of immediately.

LPH Concerts and Stonor Park will not be responsible for late admission or non-admission as a result of this policy. Please refer to the full Terms and Conditions on your ticket.

is there an ATM/Cash machine at the event?

Cash machines will not be available, but all bars take both cash and card payments. Please be aware that some of the independent food outlets in the arena may only take cash.

Can I take photographs?

While professional photography equipment is not permitted, you’re very welcome to capture the atmosphere and fun you and your friends and family are enjoying on a small camera or your phone. If you do take photos, please tag us in on Instagram (@LPHConcerts and @stonorpark) we’d love to see them.

Can I bring my dog?

Dogs are not allowed at this event, but as always, guide dogs are allowed.

Can I apply to be a vendor at the events?

We are always looking for interesting vendors selling unique products and would love to hear from you. Please email info@lphconcertsandevents.co.uk to tell us about all about your offering.

Please note: you must be self-contained in terms of equipment and have current Public Liability Insurance in place.

Will tickets be available on the day?

Tickets are strictly subject to availability, so it is always best to purchase your tickets in advance to avoid disappointment. It will also save you money as ticket prices may also increase on the day.

Should tickets be available to purchase on the day of the concert, we will make an announcement about prices and availability closer to the event.

We do not have child tickets available for this event, but children under the age of five can attend for free.

Children aged five and over, should purchase a General Admission ticket.

All children under the age of 16 must be accompanied by an adult with no more than four under 16s per adult.

Please note: While we are a family friendly business, please remember that this is an outdoor event with loud music and lots of people and so may not be suitable for very young children.

LPH Concert and Events Terms and Conditions can be found here

LPH Concerts and Events FAQs can be found here