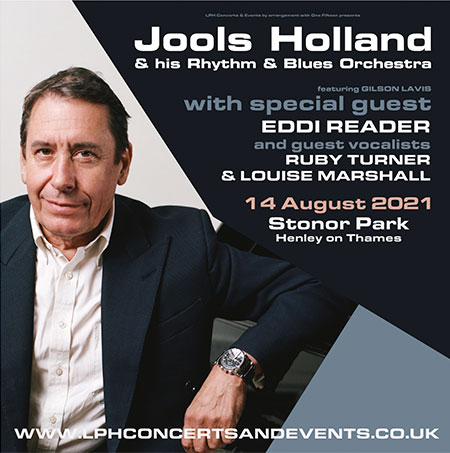 We are delighted to announce that the fantastic Jools Holland & his Rhythm & Blues Orchestra are returning to Stonor Park on Saturday 14 August 2021.

A composer, pianist, bandleader and broadcaster, Jools’ passion for music has made him a doyen of the music scene His phenomenal success has seen him sell millions of records throughout his career and he was awarded an OBE in 2003 for his services to the British music industry. With his show ‘Later with…Jools Holland’ now in its 54th series, and Jools’ Annual Hootenanny in its 27th, Jools’ name has become synonymous with quality music.

Don’t miss out on what will be a truly fabulous night at Stonor!

“I didn’t think anybody could play like that. Jools has got that left hand that never stops.” BB King