The lush parkland of Stonor is set in a dramatic, sweeping valley deep within the heart of the Chiltern Hills. Visitors are invited to explore our three gardens – from the ponds and fountains of the 17th Century Italianate Pleasure Garden to the old Kitchen Garden designed and nurtured by Lady Camoys and the eclectically treed Arboretum.
It’s a truly mesmerizing setting. 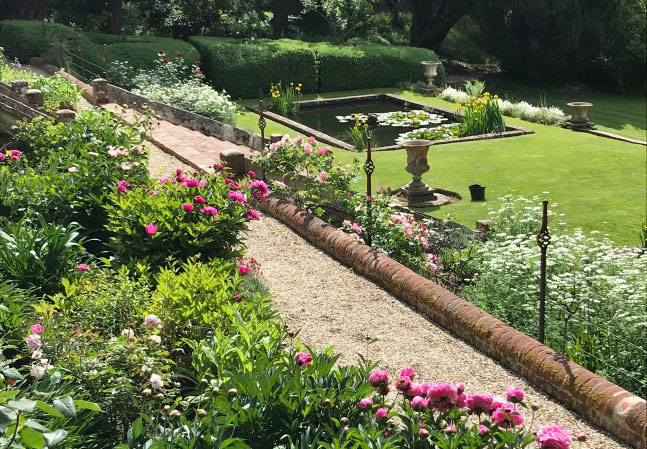 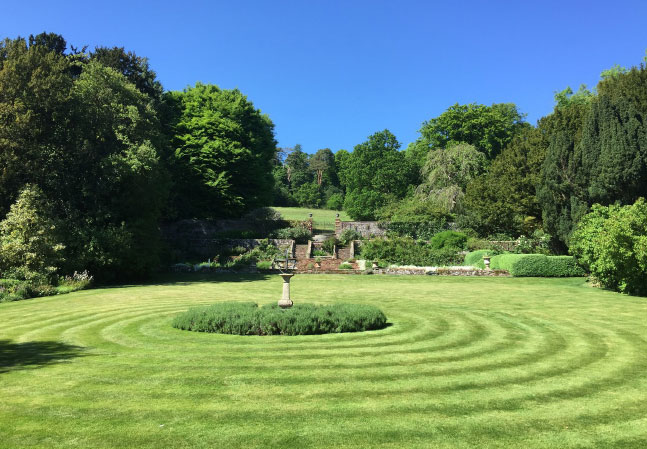 “This verdant habitat is the home of our ancient herd of fallow deer who have supplied venison to countless Kings and Queens.”

Our guests love to experience the natural wonder of the surrounding parkland, with its lush green slopes fringed by a host of centuries-old beech and ash trees. This verdant habitat is the home of our ancient herd of fallow deer who have supplied venison to countless Kings and Queens throughout history. Living alongside the deer are badgers, hares, rabbits, pheasant, soaring red kites, ravens and buzzards.

Older even than Stonor House is the stone circle, made from the very stones that give the valley its name. Formed of giant boulders left behind at the end of the last Ice Age, prehistoric man believed in the mystical powers of these visitors and placed them on end to form a ritual circle.

In 601 AD, Pope Gregory the Great called on the missionary priests in England to adopt Pagan sites of worship for the Catholic faith and The Chapel at Stonor was subsequently built on the site of the circle. You can see one of the original stones symbolically supporting the corner of the Chapel where it was incorporated into the foundations.

“Older even than Stonor House is the stonecircle, made from the very stones that give the valley its name.” 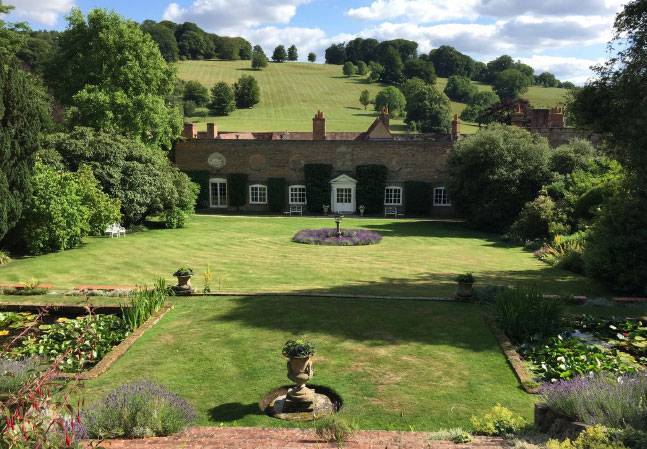 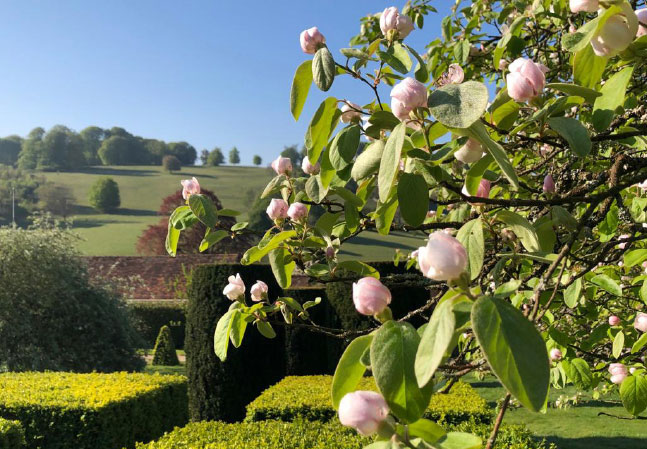 Visitors will love the serenity of the Renaissance ponds and fountains of our delightful 17th Century Italianate Pleasure Garden. Wander amongst the ancient yews, clipped box hedges and abundant plants and flowers. And there’s another hidden gem; the curious will find a secluded Japanese style hideaway nestling amongst the foliage.

Across the herbaceous border and through the iron gates, you can glimpse of an area known simply as Grandmother’s Garden. In spring this area is dappled with Daffodils and by the beginning of summer is awash with the alluring scent of Pheasant Eye Narcissi.

A talented plantswoman, it is Lady Camoys’s passion and keen eye for detail that have shaped this romantic, beautifully planned garden. Dazzling displays of May-flowering irises, June-blooming peonies and heritage roses create a timeless beauty. 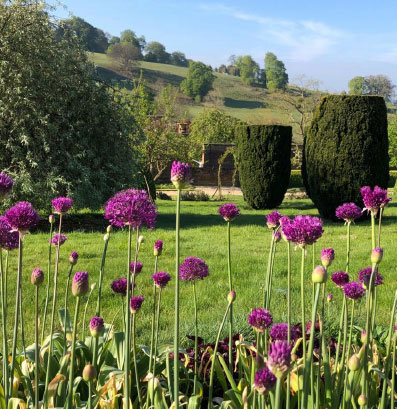 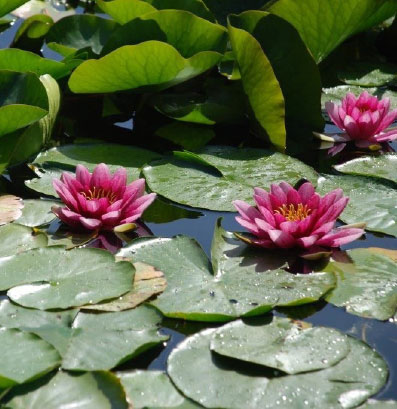 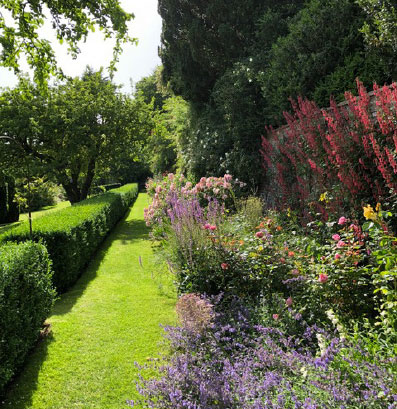 Wandering through the Ladies Walk you will meet mature and young trees alike – our young nut trees and long hazelnut avenue were planted in wake of the great storm of 1991. The malus, mulberries and ornamental cherries are under-planted with dapples of primroses and narcissi, splashing colour onto the landscape – a majestic sight in the spring when the cherry-blossoms fall.

No visit to Stonor would be complete without taking to the footpath opposite the house to the magnificent view point. From here you can see how Stonor nestles in the rolling Oxfordshire countryside. It is from here that the late Lord Gibson, former Chairman of the National Trust’s words can fully be felt: “Possibly the most beautiful setting for any house in England”. We promise it is worth every step!